Taekwondo for Kids and Adults in Woburn, MA 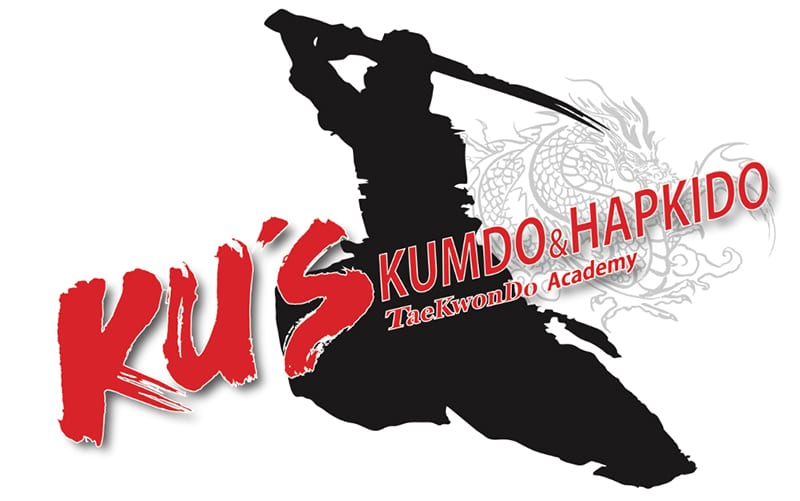 We teach the fighting skill of the Samurang swordsmen who lived in the Korguryo kingdom of what is South Korea nearly 2000 years ago.

Haidong Gumdo is a martial art that originates from an ancient Korean country called Koguryo (B.C.37-A.D.668) . It was founded by Master Sul Bong who established a dojang by Sam Ji Lake in the Baekdoo Mountains and taught his students a sword based martial art based on the ideas of patriotism, filial piety, respecting the elderly and executing righteousness. Among them, the outstanding ones were called Samurang and they were always at the front line of the battle against injustice.

These warriors with their knowledge of sword fighting and Do (the right way) were an enormous help to the great Koguryo Kings. The Samurangs became generals and helped defend against the aggressive neighboring countries and contributed a great deal to Koguryo’s stability and security. Koguryo’s Samurang system was introduced long before the knighthood of Paekche and the Hwarangdo of Shilla (who are often credited as originators of Taekkyon of the Taekwondo system) and was used to train up many talented warriors.

The success of the Koguryo warriors they led were without precedent in Korean history. Through their leadership, an ancient Chinese country Su with two million invaders was defeated which had never been done before. Through these warriors the people of Koguryo enjoyed over 700 years of security and were the dominate country in the far east. The combative spirit of the Samurang which kept the peace and justice also left behind a valuable spiritual and pride to their descendants.

The history of the Samurang is very interesting, highly debated, and not well known. According to authors their way became the foundation for Japanese Samurai after the Chinese invasion of Koguryo. The leading Samurang generals fled to Japan in 668AD after the Chinese invasion and the defeat of the Koguryo armies. They spoke Chinese and Japanese and became hermit monks to escape the Chinese ethnic cleansing that began. They continued their way of life, and over a period of 500 years, their descendants created the Japanese Samurai class. We recommend reading the excellent book, Kwanjangnim Original Haidong Gumdo.

The arts that became Haidong Gumdo were instructed by Grand Master Jang Baek San about 40 years ago in an outskirt mountain to the current World Haidong Gumdo Federation president Kim Jeong Ho. Master Kim had received his initial training in Kumdo, or Korean Kendo (the Japanese sword art) but Master Kim had felt that the art was too Japanese, and focused on one on one sparring. He sought out training in the hidden Korean sword arts to help bring them to light much like had occurred with Taekwondo empty hand techniques.

To address the shortfalls with Kumdo, Haidong Gumdo was created to be based on techniques for war and one warrior against many others. Kendo/Kumdo techniques are based on 1 on 1 combat. There are a multitude of historical Korean sword arts that Grand Master Ku trained in, including Sang So Do (two handed sword training) and others. These arts can all be found in the Muye Dobo Tongi, a manual of traditional Korean martial arts authored in 1798 by General Yi Duk Moo to preserve Korean Martial Arts history. Other historical Korean sword arts include: Ye Do (short sword), Je Dok Gum (Admirals Sword), Ssang Gum (two swords), etc. Haidong Gumdo added these arts to it’s curriculum by creating a series of 10 -15 forms based on each of them. These have become the official forms (Gum Bup) of Haidong Gumdo. Practitioners of Haidong Gumdo therefore learn the Ssang So Gum Bup, Ye Do Gum Bup, Shimsang Gum Bup, Bonkuk Gum Bup, Jang Baek Gum Bup, Haidong Gum Bup, and others.

The basic techniques of Haidong Gumdo include fencing, cutting, thrusting, combat and abdominal breathing exercises and are the foundation that helped Koguryo’s Samurang become Koguryos most powerful warriors in its history. Therefore, one of the main features of Haidong Gumdo is not the simplicity of Japanese Kendo nor the complexity of Chinese Kung-Fu sword arts. Rather, it takes pride in being the most realistic sword art. For ancient Koguryo to stand 700 years while China went through the Han dynasty to the Tang dynasty and the rise and fall of many countries especially those as renown as the country Dongijock, is no small accomplishment.

Almost 1300 years after the Koguryo dynasty, the majestic history of Korean sword arts through Haidong Gumdo was brought back. As students of Korean history, we have great affection for Koguryo but we have little knowledge to fill our affection. Thus, as descendants of Great Koguryo that ruled over the north for 700 years, the founders of Haidong Gumdo hope all who practice it will inherit this will of the ancient Samurang and teach the world the spirit of Koguryo through Haidong Gumdo.

In recent days, Master Jang Baek San passed down a martial art to Mr. Jeong-Ho Kim, beginning in 1961. Mr. Kim modernized the art and established his Dojang in Ahn Yang city on July 24, 1982. On April 10th, 1984, he founded the Korean Haidong Gumdo Federation in the Seocho district of Seoul and established the World Haidong Gumdo Federation on November 25, 1996. On July 23, 2002, the first World Haidong Gumdo Championship was held in Yong Pyung stadium in Kang Won Province. Over 10,000 competitors from 14 countries participated. From July 25th to 27th in 2004, The 2004 World Haidong Gumdo Championship was also successfully held with over 10,000 competitors from 31 countries.

Currently, Haidong Gumdo is one of the world’s fastest growing martial arts with a million practitioners and over 1,300 training centers in 50 countries.

LEARN ABOUT OUR OTHER PROGRAMS

Although many people think the martial arts are just about fighting, the truth is that the physical “kicking and punching” are really just the tools that I use to teach the more important, and MUCH more valuable lessons about yourself.